From irritating cough to productive cough – what you need to know

From irritating cough to productive cough

Coughing is annoying, sometimes painful and can even cause sleepless nights for those affected. As unpleasant as it is, coughing is a protective reflex of the body. This helps to expel pathogens, dust particles or other unwanted foreign bodies from the respiratory tract and cleans it in this way.

Mostly, however, coughs arise in connection with illnesses, such as a cold or an allergy. Depending on the cause and stage of the disease, it can be either a dry, irritating cough, a „stuck“ cough or a productive, phlegmy cough.

What types of cough are there?

Here we introduce you to different types of coughs, explain what they mean, how to relieve a dry irritating cough, and what is best for treating a stuck as well as productive cough.

Anyone who suffers from irritable cough knows that this is one of the most annoying and agonizing types of coughs. An attack of irritating cough can suddenly overtake you in the office, causing the sufferer to shamefully leave the office, seek a quiet corner or even take sick leave.

A dry cough also prevents sleep at night, which leads to irritability and imbalance the next day.

The good news is that irritating coughs are usually short-lived. It usually occurs at the very beginning of a cold and, as the illness progresses, it turns first into a stuck cough, then into a productive cough.

If you suffer from an allergy, for example to pollen, animal hair or dust mites, then you are certainly also affected by an irritating cough from time to time.

The best way to relieve your irritable cough is to drink plenty of fluids (two to three liters a day) and to ensure sufficient humidity at home (dry air further irritates the bronchial tubes and aggravates the symptoms).

If this is not enough, you can also resort to cough tea or juice, which is especially recommended if you can not sleep at night because of the irritation of the cough.

As already mentioned, the stuck cough is often the second phase of a cold-related cough (bronchitis). During a cold, the respiratory tract produces more mucus to get rid of pathogens. However, since this happens slowly, the cough in the early stages of a cold is first dry, then sessile.

In this second stage, the mucus is still solid and cannot be cleared away, which is why it is called a sessile cough. The sufferer still suffers from a coughing irritation as their body tries to clear the mucus away.

Steam inhalations with water or a sage infusion and drinking plenty of fluids, such as warm tea, are recommended to relieve a persistent cough. Homemade cough syrup made from onions also soothes irritated bronchial tubes: chop an onion, boil it with a little rock candy or honey, let it cool, and then strain it through a coffee filter.

Taking teaspoonfuls several times a day calms and relieves the irritation of the cough. 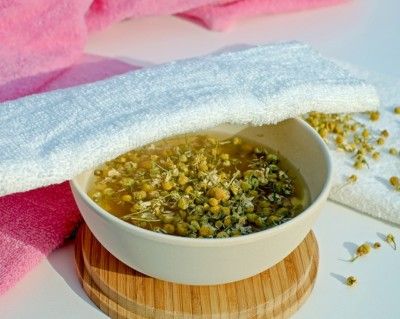 The final phase of a typical cold cough is the so-called productive cough, i.e. cough with sputum. The mucus is now no longer viscous and is coughed up in small amounts. This type of cough is perceived as the least unpleasant, because the person feels better by getting rid of the mucus.

In the treatment of productive cough, it is important that it is not treated in a quenching or suppressing way (as is the case with irritable cough), but in a cough-promoting way. Only in this way can the mucus be transported out of the respiratory tract and all harmful elements be eliminated. You should not suppress the cough, but give in to the urge to cough and spit out the sputum.

Normally, sputum is white and clear, but may be slightly yellowish or greenish in color. If you have bloody sputum, consult a doctor immediately, as this may indicate a serious lung disease.

Various home remedies support you in the treatment of productive coughs. As in the case of a cough, steam inhalations and warm tea are suitable; they help to cough up the secretion.

Ginger has also proven effective in treating acute bronchitis; make a tea from fresh ginger tubers or use the root in a chest compress – this loosens the stuck mucus in the lower respiratory tract. 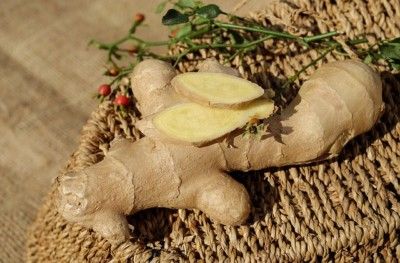 Coughing removes bacteria, pathogens and other foreign bodies from the human body. To avoid infecting others, always hold your hand in front of your mouth when coughing and wash your hands afterwards, or cough directly into the crook of your elbow.

It goes without saying that you should refrain from smoking and avoid smoky rooms when you have a cough. In addition to the above home remedies, which you can use to relieve different types of cough, it is also recommended to take long walks in the fresh air.

The fresh air stimulates the secretion and liquefies it, making it easier to cough up. After a walk, treat yourself to some well-deserved rest with a cup of sage tea and honey and you will soon feel better.

Area 47 in Austria – A world of adventure and attractions